Best in the West: Why the Amazon Rainforest Matters

There was a time in the 1990’s when it seemed that “save the rainforest” was the sort of calling-card motto for “wacky” environmentalists and hippies. Travel in the Amazon Rainforest has increased since then, and for good reason: it is one of the most complex, unique, and important places on the planet. As our focus as a global community shifts away from “saving the rainforests” and “saving the whales” to broader, more inclusive forms of action, perhaps it bears exploring just why the Amazon Rainforest is such an important piece of the puzzle, and how to travel there yourself to see it with your own eyes. 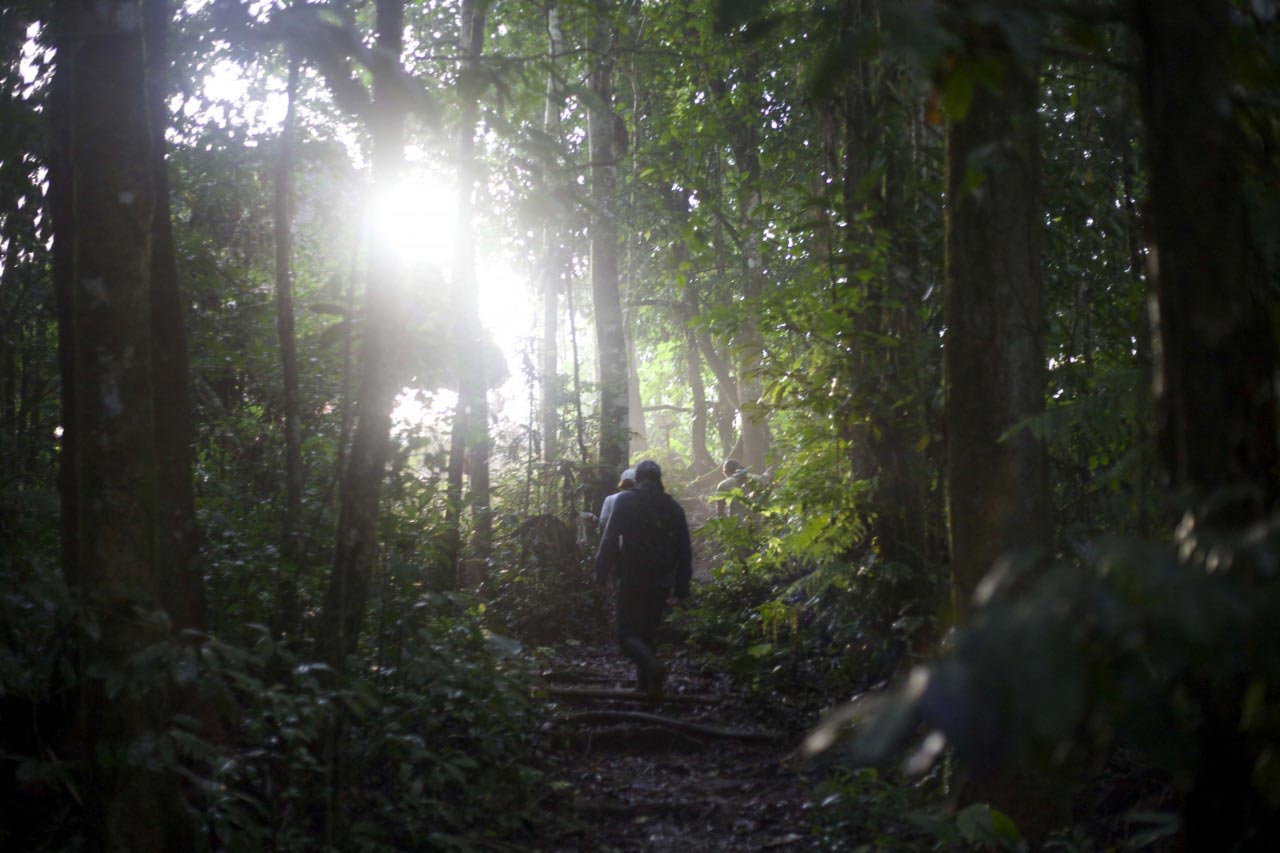 Hiking through the Amazon Rainforest

The Amazon Rainforest (Or Amazonia, which I think is way “cooler”) is just shy of 3 million square miles of “moist, broadleaf forest”, and falls within the nations of Brazil, Ecuador, Peru, Columbia, and others. So let’s attempt to visualize this, which I assure you, is not easy. The Amazon Rainforest is approximately 2/3rds the size of the US. Over half of the world’s rainforests are represented by the Amazon Rainforest. Within these limits are an estimated 400 billion trees. Studies have attempted to speculate what total of the world’s tree-count that represents, but findings vary. Regardless, it is obviously a staggering percentage of our trees on Earth. On top of this, the Amazon Rainforest accounts for only 7% of the land-mass on earth, yet contains one-in-ten known species on Earth. So basically, the Amazon Rainforest is like a huge, super-important party of all living creatures. It doesn’t take long to see why this place would be vital to the planet. In the “web” of life, where all species are interdependent, having 50% of them crammed into one place makes for a very special place.

Those nearly 400 billion trees are doing much more than hanging out and looking nice. Trees do us some favors that we literally cannot do without. In addition to affecting climate, the Amazon Rainforest affects weather, too. Through evapotranspiration, trees dispel water from the soil through their leaves and into the air. This, in turn, lowers the temperature of the air, which can seriously affect air pressure, wind, and so on. In addition, trees filter particles and carbon from the air, so these 400 billion trees that are sequestering emissions from our cities are unbelievably important. 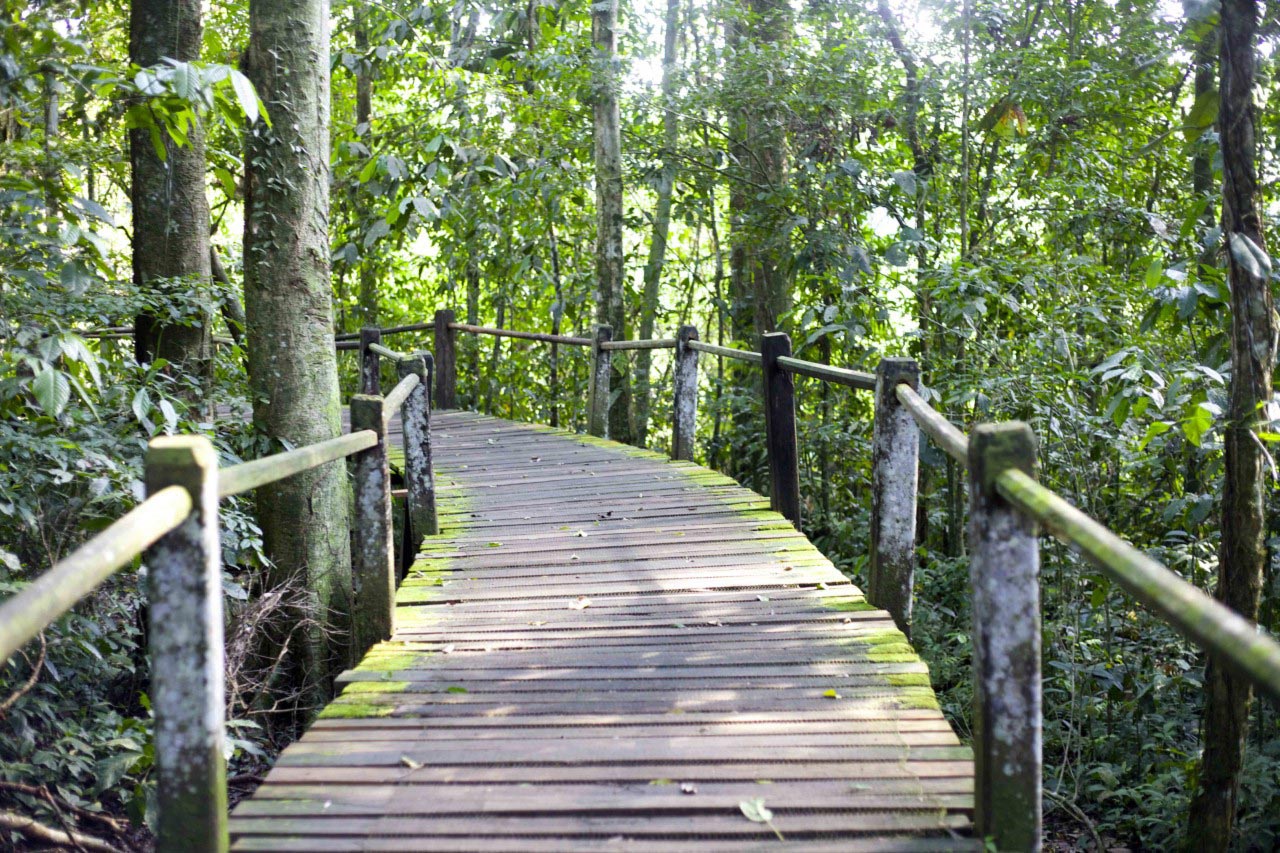 But let’s talk about something that isn’t abstract: The Amazon Rainforest is also incredibly beautiful and is an amazing place to visit. On top of the unending (and still largely unknown) variety of life in the Amazon, there are some beautiful people who make it their home, as well. The Achuar, a tribe of people who have lived in the Amazon for thousands of years, still live there, and very little has changed in their lifestyle. They still sustain themselves on the land and still interpret their dreams as a part of their social interaction. To help support themselves, they built a beautiful lodge in the jungle for guests to stay in.

Even more interested in taking a trip to the world’s largest rainforest?

So the trick, of course, if figuring out how to visit such a place without injuring it. Research is obviously paramount. Not all operators that take guests into the amazon are going to be equally conscious of preserving the balance of the ecosystem or respecting traditional cultures, so going with a naturalist who understands these complexities is important. Obviously, the best course of action is to visit the Amazon Rainforest as an observer. Interacting can be great, as long as it is on the terms of the inhabitants.
&nbsp
As one of the most important ecosystems on the planet, there are few places more eye-opening to visit. For the traveller who embarks on such a journey, a wild world is the prize.

Now, are you really interested in taking a vacation to the Amazon?

Swingin’ at the End of the World

Where Can I See Grizzly Bears Feed on Salmon?

5 Reasons You Should Visit Patagonia & Mendoza With Us