Gondwana Ecotours In The Press

We’re a small travel company that takes pride in our handcrafted itineraries and we love creating connections between our travelers and people who live in the areas that we travel to. We’re humbled every time newspapers, magazines, and bloggers take notice and write about us and what we do. If you’re interested in reading more, you’ll find a selection of our clips and accolades below. 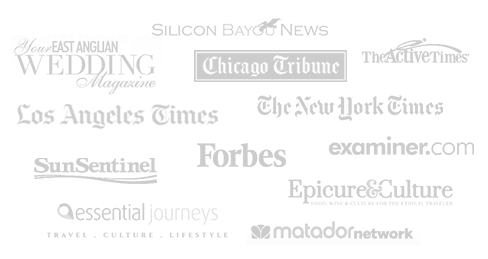 March 21, 2019
Ecotourism is intended to offer tourists an insight into the impact of human beings on the environment, and to foster a greater appreciation of our natural habitats. The competitive landscape has been elaborated by focusing on major key players across the globe to understand the level of competition at the domestic and international market.

Best Places to Travel to See the Northern Lights This Year

January 16, 2019
Bundle up and brace yourself for some of the most spectacular viewing opportunities of the Northern Lights in the world thanks to Fairbanks’ location directly under the Arctic Circle and high chances of unpolluted, clear skies.
Read The Full Article

11 endangered bucket-list destinations (and how to visit them responsibly)

Dec 27, 2018
Climate change and overtourism make daily headlines now and are stark reminders that some of the most beautiful places in the world are at risk of disappearing. For many travelers, the natural response to this is “last-chance tourism,” or a rush to see endangered places while they’re still here.
Read The Full Article

Endangered Places to Visit Now in a Sustainable Way

Nov 05, 2017
Take extra care to visit the Arctic, Antarctica, Botswana, the Alps, Rwanda, the Great Barrier Reef, Machu Picchu and Cuba in a sustainable way.
Classic cars, Ernest Hemingway, cigars and the phrase “go before it changes” — which of these things is unlike the others?
Read The Full Article

October 04, 2017
Wild Studio, a roving educational experience run by Great Plains Conservation, teaches students to become top-notch wildlife wildlife photographers over the course of a single week spent in Kenya’s Nairobi National Park, Chyulu Hills, and Masai Mara National Reserve. One writer decided to put it to the test. Check out his pictures (and read his story) to find out how good he became.

Jun 15, 2017
Gondwana EcoTours has become the latest tour operator to offer tours to Cuba as the company recently announced a new, 10-day People-to-People tour of the country.
Clients will sample homemade cuisine, dance with locals, enjoy a private concert with top Cuban musicians, tour Old Havana, swim in a cenote pool and relax on beautiful beaches.
Read The Full Article

Jun 14, 2017
Gondwana Ecotours, a New Orleans-based company, has added Cuba to its roster of destinations.
The company’s seven-day tour features accommodations in casas particulares (private homes) with private room and bathroom. Most meals are in paladares (in-home restaurants).
Read The Full Article

Three years after New Orleans resident, Jared Sternberg, formed Gondwana Ecotours, a travel company that organizes cultural and environmental excursions to such far-flung places as Ecuador and Rwanda, he decided to start a similar business in Louisiana.

Mar 6, 2017
This planet is a magical place at night. Who can sleep when there are glowing bioluminescent bays to kayak, Northern Lights to see from a tundra buggy, and after-dark volcanic eruptions to witness by boat? Follow an adventurous night owl guide into the dark and you’ll experience things the rest of the sleeping world never sees.
Read The Full Article

To Protect the Land, Jared Sternberg Turned to Tourism

Dec. 15, 2016
The New Orleans resident Jared Sternberg, 30, started Gondwana Ecotours in 2013, the same year he graduated from Tulane University Law School in that city. He studied environmental and human rights with the idea of helping indigenous and underserved populations preserve land and resources, but after completing service work in locations including Ghana, Ecuador, Alaska and Nicaragua, Mr. Sternberg became convinced that tourism could achieve the same goals.
Read The Full Article

Capture the Northern Lights in Alaska

September 1, 2016
A chance to see the Northern Lights and photograph them under the tutelage of a professional shutterbug is the lure of the Northern Lights Ecotour from Gondwana Ecotours. The trip starts with a night in Fairbanks, Alaska, before moving to a lodge outside of town for five nights. If the aurora borealis gets a late start doing its thing, wake-up calls will alert you so you don’t miss the show.

8 Adventures for Dad this Father’s Day

May 11, 2016
Machu Picchu, Cusco, & The Sacred Valley –With great guides to make the most of his adventure, Dad will access the Incan Empire’s most iconic site, scour the winding streets of Cusco, and ride the rails across Peru without getting lost in the crowd.

Eco-Conscious On The Road: Amazing Travel Companies That Can Help You To Save The Planet

April 22, 2016
Epicure & Culture, an online magazine for ‘the ethical traveler’ was kind enough to include Gondwana Ecotours in a feature titled “Eco-Conscious On The Road: Amazing Travel Companies That Can Help You To Save The Planet.” Judi Zienchuk writes about our “mission to maintain an environmental and cultural focus while providing the vacation of a lifetime, and are a Green America Certified Business, which means they have been certified by a committee which examines their social and environmental values and contributions. They have offset over 130 tons of carbon for their travelers’ flights through Carbon Fund, a non-profit organization that calculates the carbon footprint of businesses and the cost of offsetting it through initiatives like tree planting. In addition, Gondwana also books locally owned hotels and B&Bs and keeps environmental education central in their trips.”

5 Hotels and 5 Tours for the Eco-Conscious Traveler

April 20, 2016
It’s the rare hotel that doesn’t engage in sustainable practices like encouraging guests to reuse towels, but many hospitality companies and tour operators go much greener than that. Eco-tourism companies, which put a priority on sustainability as well as profit, cover everything from conservation-focused wildlife safaris to community-sustaining lodges and properties that grow their own food.
Read The Full Article

March 4, 2016
If you’ve never been to this magnificent river [the amazon] you need to grab your bros and go. On this one you will venture deep into the Rainforest to meet the indigenous Achuar tribe of the Ecuador. Contact with this tribe was only made in the 1970s, and their culture is more intact than most of the world’s tribes.

February 26,2016
Visit the Achuar, a tribe of 6,000 indigenous people who still live traditionally in small Amazon communities along the Ecuadorean and Peruvian border, on a seven-day tour.
The excursion is offered by Gondwana Ecotours, whose founder, Jared Sternberg, was an English teacher in an Achuar village.

Honeymoon with the gorillas

February 26,2016
A major highlight of the intrepid journey is trekking into the Virunga Mountains to observe some of the last remaining mountain gorillas in the world. You’ll also track chimpanzee and golden monkeys with a conservationist; boat on Lake Kivu, one of the African Great Lakes; visit nearby hot springs; and take guided hikes through Nyungwe Forest National Park. Back in the city, you’ll be able to explore the capital of Kigali, considered one of Africa’s cleanest and safest urban areas, where they’ll visit the Kigali Genocide Memorial.

A Gorilla Trek That Gives Back in Rwanda

February 13, 2016
There has never been a time when sustainable travel has been more important than now. As tourism records are broken worldwide, the age of mass tourism and mass exploration is upon us and that means that creating and booking sustainable experiences are of the utmost importance.

February 19, 2016
Guests will track chimpanzee and golden monkeys with a conservationist, explore Lake Kivu by boat, visit hot springs, and take guided hikes through Nyungwe Forest National Park. Travellers will also explore the capital city of Kigali, considered one of Africa’s cleanest and safest urban areas, where they will visit the Kigali Genocide Memorial.

A Tour of Rwanda, From Jungle to City

February 13, 2016
Gondwana Ecotours, founded by Jared Sternberg in 2013 when he was a law student at Tulane, has added Rwanda to its list of destinations. A highlight of the eight-day tour, departing from Kigali, is a trek into the jungle to view mountain gorillas, who live in a tropical rain forest in the Virunga Mountains.

Februrary 11, 2016
Have you ever wanted to go trekking with gorillas in Rwanda or experience the midnight sun in Norway’s Lofoten Islands? What about if you could do it all in a sustainable, adventurous fashion? Gondwana aims to bring people from different continents closer together one trip at a time. The company is named after the more southerly of two supercontinents that were part of the Pangaea supercontinent, when all the continents were together and the world was one.

15 Entrepreneurs Explain How They Came Up With Their Business Name

January 23, 2016
Gondwana founder and president Jared Sternberg was interviewed to explain how he came up with his business name. Read about it here.

Gorilla trekking in the wilds of Rwanda

January 12, 2016
For nature lovers, few things can compare to the experience of seeing mountain gorillas in the wild. There are fewer than 900 left in the world, all in Rwanda, Uganda and the Congo. There are a number of companies offering gorilla treks, with most visiting a couple of countries. Gondwana Ecotours is launching a new gorilla tour this year that solely explores Rwanda. The first eight-day tour will run July 24-Aug. 1 and will be repeated in December.
Read The Full Article

The Top Ten Travel Adventures for 2016

January 8, 2016
Jim Dobson writes, “Rwanda – Encounter some of the last remaining mountain gorillas in the world by trekking into the lush forests of Rwanda, home to hundreds of species of birds and numerous waterfalls. Explore Kigali, one of Africa’s cleanest, safest, and most progressive cities, and visit the important genocide memorial. Track chimpanzees and the beautiful golden monkey, and keep an eye out for elephants and buffalo. Enjoy a boat ride on the massive Lake Kivu, spend time relaxing on the beach, and enjoy some of the world’s best coffee.”

January 14, 2014
The Active Times featured our Yoga Ecotour to Ecuador among its Top Adventure Travel Trips for 2014. In addition to writing about the trip, Lesli Peterson noted, “the founder, Jared Sternberg, was selected as a finalist for the People and Planet Green Business Award for his devotion to sustainable adventure travel.” If you want to read the article, we’re featured on slide 12.

March 7, 2014
As avid travelers we naturally love everything they do at the Matador Network. Photographer Scott Sporleder joined one of our Northern Lights trips and returned with some incredible photos that captures the experience. 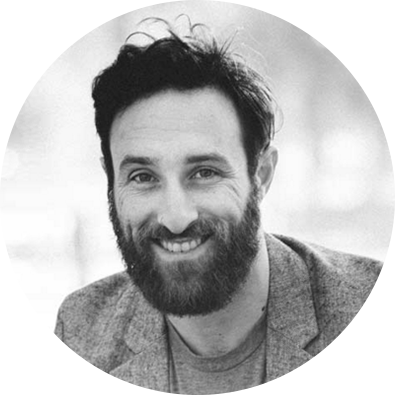 Contact Jared to get information about the press kit for Gondwana Ecotours.
Request The Press Kit