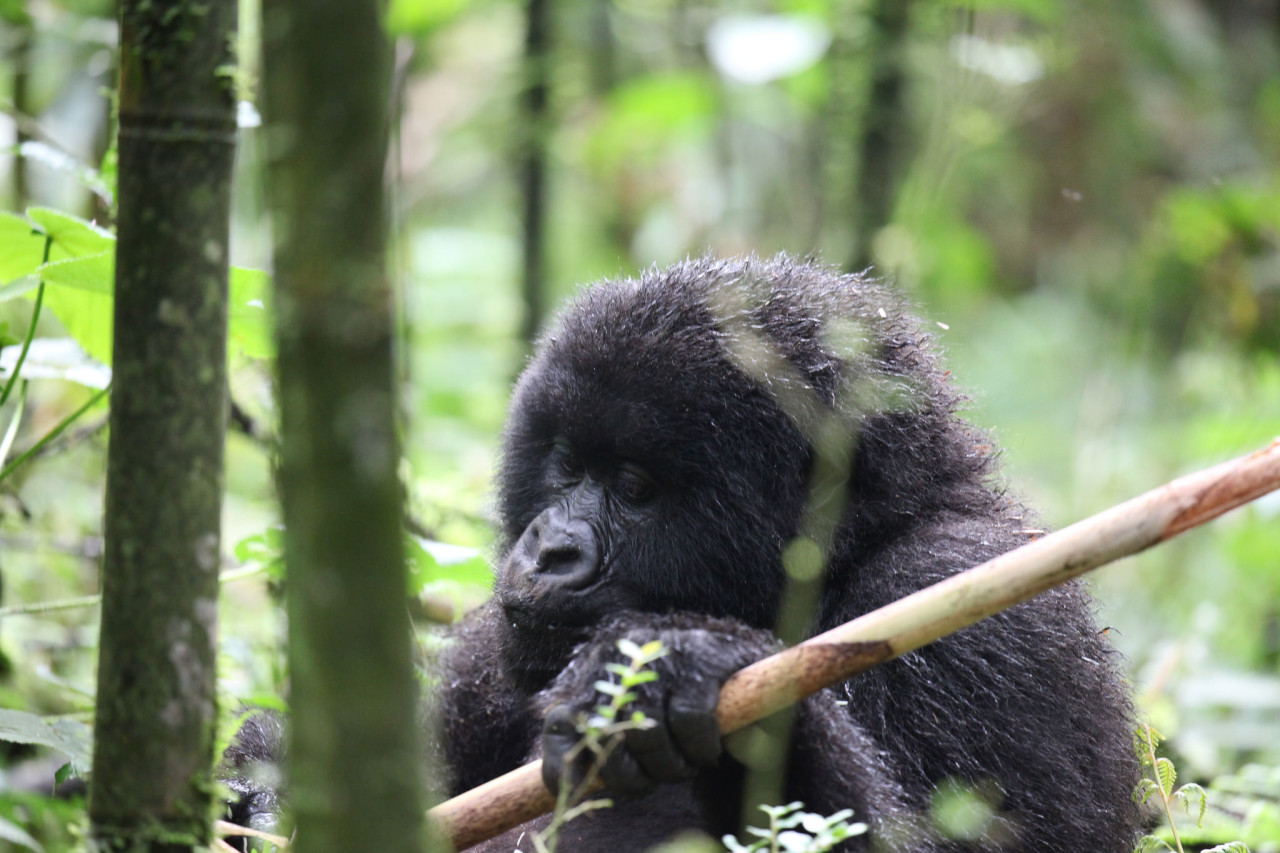 First and foremost, know that you’re not going into the wilderness alone! On all gorilla treks, a trained guide leads groups through the jungle to find a family of habituated gorillas. “Habituation” in this scenario, means that gorillas are carefully exposed to humans in the wild: they still have caution near humans, but they have learned that humans are not a threat, and they act accordingly. Guides will teach safety precautions and what to do in unpredictable situations. The gorillas on the trek are comfortable with human presence. They’re used to being with tourists and guides daily, which makes trekking much safer. With this in mind, it is easier to enjoy every moment with the gorillas.

Typically shy and reserved, mountain gorillas are the definition of gentle giants. A typical day for a gorilla family includes playing, caring for their young and foraging in the jungle for bamboo and other greens. Despite their massive size, they move thoughtfully and carefully. Travelers who have been on a gorilla trek describe having an almost human connection to the primates, which is no surprise, considering that they share 98% of our DNA.

However, gorillas do go into defense mode when they feel uneasy. Similar to humans, gorillas don’t attack unless provoked. For gorillas, triggers include being surprised or threatened, especially when it comes to their family. The typical response of a male silverback to a threat is making bluff charges by beating on their chest, making aggressive sounds or running up to their target quickly, then stopping a few feet away. In this situation, the best response is to crouch down, look away and act casual. They’ll see you as non-threatening and move on.

Sadly, mountain gorillas are often the victims of poaching, deforestation, and war. The film Virunga highlights the sensitivity of the gorillas and their habitat. A gorilla at the Senkweke Center, Kaboko lost his hand from poaching at a young age and the event left him severely depressed. When the sound of gunfire broke out around the rehabilitation center, the stress caused him to get sick and he lost his life. Though mountain gorillas may seem to have a tough exterior, deep down they are sweet, gentle creatures who have difficulty adjusting to changes in their environment.

So are gorillas dangerous? Broadly, the answer is no. Gorilla treks are led by trained guides and habituated gorilla families are used to being with humans, which makes the experience safe. Think of mountain gorillas as your relaxed, vegetarian ancestors who live in the jungle; not dangerous predators. The highlight of Gondwana’s Rwanda trip is the opportunity to spend time with these rare primates.

See the Serengeti on our Lodge Safari What Are Game Drives? Gorilla Trekking Adventure

Solar Cycles and the Northern Lights